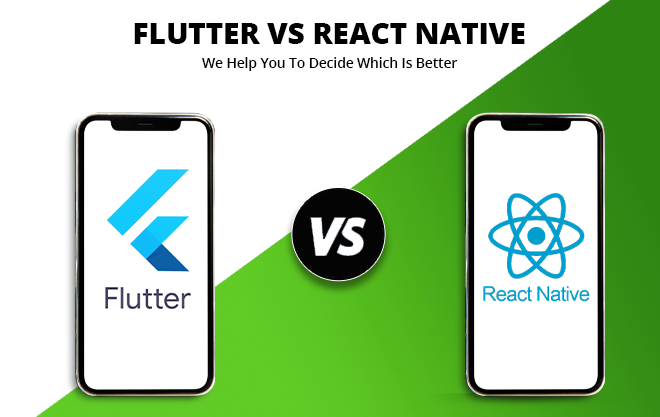 Are you comparing Flutter vs React Native performance? Learn how these two vary and what advantages and disadvantages each how to avail best React Native Development service. Although it is initially difficult to tell, cross-platform mobile applications are less competitive in graphic animation. Simultaneously, they are cost-efficient and might work exceptionally well for startups. In 2015, Facebook was the first major player to introduce React Native. The cross-platforming development came to pass: once the code is written, native designs are produced. The next significant occasion took place in 2017. Flutter, a programming language based on Dart, was introduced by Google.

Flutter is a UI toolkit for building natively built mobile, web, and desktop applications that are quick and beautiful. It uses a single programming language and a single codebase to create the app. It is open-source and free. It was created by Google in May 2017 and is now governed by an ECMA standard. The mobile framework Flutter uses the Dart programming language to create apps. Dart can be trans-compiled into JavaScript code and shares capabilities with other programming languages like Kotlin and Swift. Flutter is primarily designed for 2D iOS and Android mobile apps. We can also create fully functional apps with access to cameras, storage, network, third-party SDKs, and more.

A Google team created a flutter. But because it’s an open-source project, Google and the Flutter communities work on it.

Flutter has some benefits and drawbacks, just like any other framework now in use, and the choice of which framework to employ is always up to the developer. The following benefits of this framework include

Let’s start with the benefits that make Flutter the best developer choice. The advantages of Flutter over React Native are as follows:

Although Flutter has a long list of benefits, it is still essential to consider some drawbacks.

These drawbacks are negligible and have no impact on the creation of apps. The limitations of Flutter, however, can, in some circumstances, be the deciding factor when selecting a cross-platform development framework.

What is React Native?

Facebook created the open-source JavaScript framework known as React Native. It creates organic, native mobile applications for the Android and iOS operating systems. With the help of a single codebase, mobile apps may be made using this JavaScript framework, which expands on the React library. Instead of using web components as building blocks, it leverages native components. Because of its cross-platform functionality, you can create code once and run it on any platform.

There are many benefits of using React Native when creating mobile applications. The following list of React Native’s key characteristics includes:

The benefits will help you decide if React Native is worthwhile if you are still unsure about that.

While using React Native has many benefits, there are also some drawbacks, that are:

A Brief Comparison of Flutter and React Native:

Consider that each application is unique, so you must evaluate it based on its merits. It’s always a good idea to discuss your project with a team of seasoned developers: individuals who can weigh the pros and cons of various approaches and who have sufficient cross-platform development skills. If you consult with programmers who only have familiarity with one framework, they will probably advise you to use that tool. Experienced developers at MMF Infotech, best mobile app development agency, bring you the best flutter and react native services. We’re just a call/text away

Q1. What are similarities between flutter vs react native?

Flutter & React Native are similar in more than one ways:
1 You can create cross-platform mobile apps using these frameworks for both iOS and Android.
2 Both React Native and Flutter are open-source and cost nothing to use.
3 Both these frameworks will exist over a decade because they have the support of the biggest technological companies. Google and Facebook both support Flutter and React Native, respectively.
4 Hot Reloading is supported by Flutter and React Native, allowing you to continue using your application while injecting changes into the file.
5 These frameworks provide fantastic User Interfaces for creating stunning mobile applications.
6 Both frameworks’ comprehensive documentation and Application Programming Interface (API) references’ are available.

Q2. Which is more stable, flutter vs react native?

Flutter vs. React Native performance is primarily a battle between a stable, recognized framework versus an opponent that is new, dynamic, and hungry for success. Yes, Flutter is more stable than React Native, providing a better user experience.

Q3. Which performance is best, flutter vs react native?

In the clash between flutter vs react native performance, Flutter operates faster than React Native since JavaScript bridges aren’t a drag on its performance. React Native apps are not made slower by JavaScript bridges and plug-and-play plugins. Flutter has also established a 60 FPS animation standard, demonstrating its superior performance. It is directly compiled into the ARM native code for iOS and Android.
Spread the love