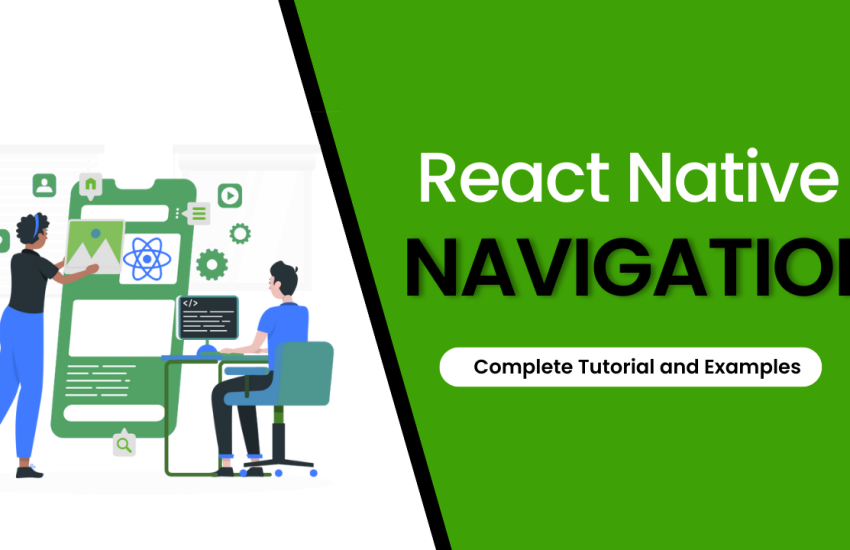 Among the most popular cross-platform app development technologies is React Native. You can create native apps for iOS and Android employing JavaScript.The ability to switch between displays is an essential component of app development.

React Native navigation is simple to develop owing to the Navigation package and React native development services, which provides a comprehensive resolution for both Android and iOS.  Numerous screens are used in mobile apps. To manage a user’s navigation around the application, such as the display of the screens and the transitioning between them, is of primary concern while developing mobile apps.

What is React Navigation?

In contrast to iOS and App’s native navigation APIs, React Navigation is created in JavaScript. Instead, it generates a portion of those APIs from scratch. This eliminates the need to learn Objective-C, Swift, Java, Kotlin, etc. It enables the incorporation of third-party JS plugins, the highest level of modification, and simpler debugging.

Which is The Most Stable Version of React Navigation?

React Navigation 6.0, which was launched in August 2021, is the edition that is currently the most robust. According to their publication page, the newest edition concentrates on versatility and usability. The crew did add that there aren’t many significant changes in the most recent version this round.

The following are a few of the additional features in React Navigation 6.0:

What is React Native Navigation?

How To Install React Navigation?

Creating a React Native app is the initial step, considering Yarn is already installed. Expo tools make it simple to begin a project without setting up Xcode or Android Studio, making them the best approach to learning React Native. Below are the steps for react navigation installation:

Try executing it in the following manner if you run into any Mac errors:

Then execute the subsequent commands to start a fresh React Native project:

expo in it React Navigation Demo

You will be prompted to provide some configuration parameters while downloading files will begin. Select yarn for the requirement installation and choose expo-template-blank, as seen here:

Now, open your code editor and cd into the working directory:

When using VS Code, you may use the following commands to navigate to the current directory in the editor:

Install the app by:

The react-navigation library needs to be installed in your React Native application after that:

What is the Purpose of Using Stack Navigator in React Native Navigation?

React Navigation is a JavaScript-based navigation system that enables you to design elements and navigational strategies that appear to be fully organic.

As in this article, you have read about how to add React navigation, set a screen’s layout, use React Navigation to browse amongst displays, transfer a variable from one panel to another, and manually return to the navigation pane. You can still do a lot—this was just a quick overview of the lesson! We openly hope that this post will assist you in getting initiated using React Navigation in your existing or new React Native apps.

In conclusion, it will satisfy most of your technology and client’s operations!

Additionally, believe at ease to get in touch with the scholarly MMF Infotech mobile app development services if you want to learn more. They will provide auxiliary details on React Native navigation and exemplify how to apply it to create apps that are prepared to be released.