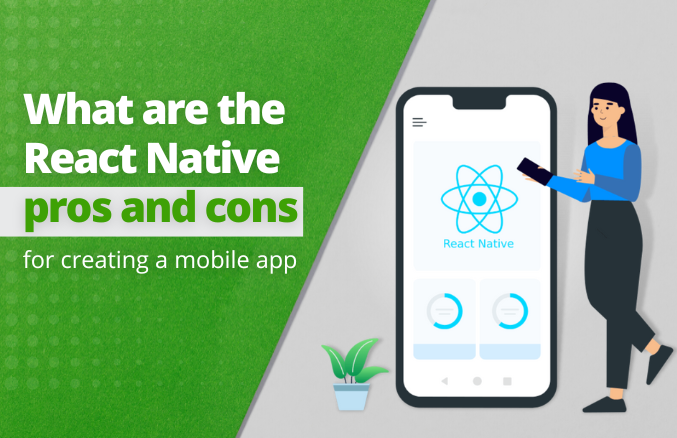 Since Facebook released React Native development as an open source in 2015, the phrase “Learn once, write anywhere” has become popular. React Native Pros & Cons would be the best way to understand React Native app development deeply. The technology’s underlying concept, which aimed to serve as many consumers as possible from a single codebase, was not original. However, the native experience was given real consideration for the first time. Simply put, React Native mobile apps maintain platform-specific user experience and behavior. 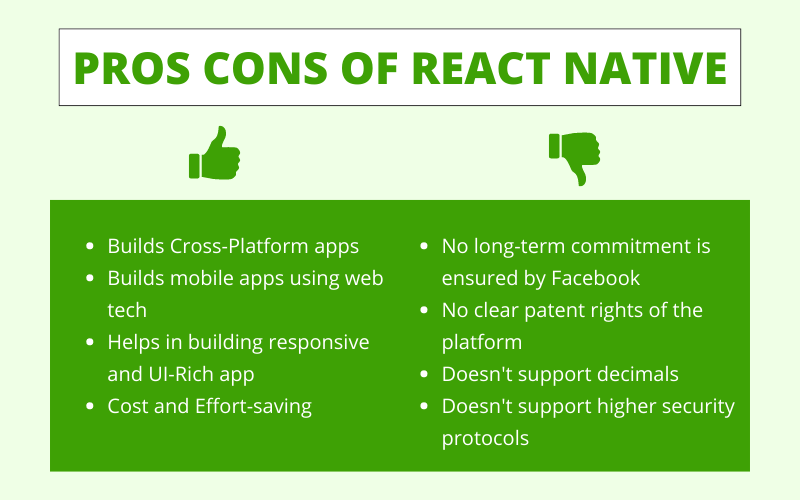 React Native has become the framework of choice for millions of businesses, from startups to big giants like Instagram, Skype, Uber, Walmart, Coin base, and Facebook. This is primarily due to its ability to deliver a native look and feel. This article will discuss the react native pros & cons and discuss cross-platform app development services.

When Should You Choose React Native App Development?

The React Native pros & cons are absolutely unique. The corporate group must decide what they believe is best for their organization. We can assist you in making the best choice possible:

Of course, React Native development has some drawbacks, just like any other technology:

Is React Native a good start for developing Mobile apps?

React Native is significantly quicker and less expensive without sacrificing functionality or quality. Even the most sophisticated apps run smoothly when React Native and JavaScript are used. Therefore, utilizing React native to create apps is always a good idea because it will result in consistently strong apps. The live updating functionality is one of the most critical aspects of using React Native in app development. A sleek, fluid, responsive user experience is offered, and load times significantly decrease. 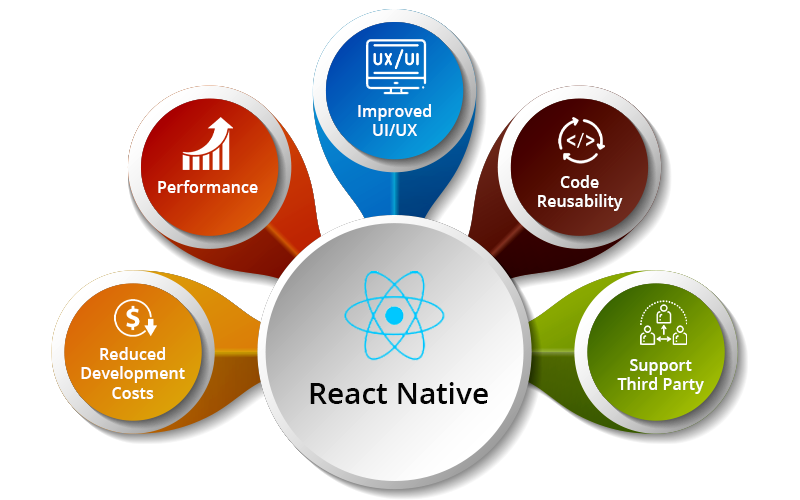 What Application Types may be Developed with React Native?

The most significant advantage of the React Native framework is that it allows you to create any application. React Native should be considered for a multi-platform project with simple functionality. We advise designing native apps if your programme handles large amounts of data. React Native is a popular platform for business apps.

React Native app development can be broken down into 3 sections for a more superficial understanding:

Can we associate Android and iOS code in React Native?

Yes, React Native allows us to combine code for iOS and Android. You don’t need to engage different developers to produce code for Android and iOS devices because the same source code may operate on both platforms. Swift, Objective-C, and Java components are all supported by React Native. One team can manage two platforms while utilizing React Native, a common technique.

The struggle between React Native’s pros and cons is almost over. The creation of React Native apps is effortless to start up and provides exceptional productivity. On the other hand, the documentation is sloppy. This is why it’s so essential for a company organization to establish its goal upfront. They should advance with the creation of React Native apps only after that. Additionally, you can speak with a seasoned bespoke software development business if you need clarification.